You don’t have to go far today to bump into people with food allergies. I know three people with Coeliacs disease and another four who are wheat intolerant, and these are just the tip of the iceberg.

So just why is the number of people with food allergies growing? I’ve often wondered if these are genuine allergies, or is it just plain fashionable to be allergic to certain foods?

Whether food allergies are fact or the product of over-active imaginations, there’s no doubt they’re costing us money. The NHS is spending £0.9 billion each year on allergy medication. With that sort of money at stake, why isn’t the government doing something about it?

London’s Homerton University Hospital has some scary facts on its website:

So, the 64 million dollar question is … why is this happening? What is it about our food or lifestyle that is causing these allergies? I’m sure there are some hypochondriacs out there who have imaginary reactions, but having dug out a few food facts, it seems we have plenty to be allergic to.

The UCLA Food and Drug Allergy Care Centre in Santa Monica has an interesting hypothesis. They suggest there is too great a delay in introducing certain foods (particularly peanuts) into babies’ diets. Because children are not fed them early enough, they are not desensitised.

Another interesting suggestion is allergies could be blamed on hygiene. We’re not talking about poor hygiene here, but our over-zealous war against dirt and germs. Remember the old proverb “You have to eat a peck of dirt before you die”? Perhaps some dirt could be better for us than we might think! Our obsession with cleanliness, and our passion for killing household germs with antimicrobial cleaning products could be damaging our resistance levels. Makes sense to me! 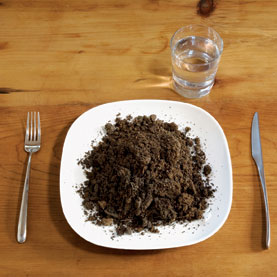 Are we stifling our resistance with antibiotics? While doctors are increasingly reluctant to prescribe them, antibiotics are still entering our food chain in staggering quantities. According to the Guardian’s article on avoiding ‘the antibiotic apocalypse’ 350 – 400 tonnes of antibiotics were used each year in food-producing animals between 2006 and 2011. At that rate you might be better off making an appointment to see your butcher instead of your GP if you’re feeling off colour!

Antibiotics apart, you might be surprised to know there are other secret ingredients lurking in our food, which could well be contributing to the allergy epidemic. What’s more, some of these additives are mandatory and sanctioned by the Government itself.

It’s not easy to find accurate statistics, but up to 900,000 people in the UK may have a wheat intolerance. This doesn’t include those suffering from Coeliac disease, which affects around 3% of the population.

But are all these people reacting to wheat or to the added enzymes in British flour? These enzymes are a hangover from WW2 when the Ministry of Food was set on improving the nation’s health. But this legislation still exists today. Just how many more foodstuffs still have unnecessary additives dictated by legislation that’s nearly 70 years out of date?

One of these enzymes is alpha-amyslase. It is strictly controlled by health and safety legislation, because if it gets into the atmosphere in a bakery, it can cause asthma. Well, that’s reassuring, isn’t it? German research has shown this fungal alpha-amyslase survives in the crusts of bread. Interestingly, artisan bread made from genuine continental flour doesn’t contain these enzymes. So if you are one of the unlucky 900,000, it’s possible you could be reacting to the enzymes, not the wheat. By the way, the reason these additives are not shown on food packaging is because they are supposed to be destroyed in the baking process (snorts of derision).

Additives in children’s foods always get bad press, particularly as the number of kids with allergies continues to rise. Research at the University of Liverpool examined the effects on nerve cells when certain additives were combined. How many parents are unwittingly feeding their kids Molotov cocktails in their daily diets?

And you know those horrible margarine-come-butter substitutes immortalised by Alice in the Vicar of Dibley? Well, you might find it hard to believe the diacetyl used to enhance the flavour has been linked to lung disorders, and research is showing it could now be linked to Alzheimer’s disease too.

I could go on and on. It’s said ‘we are what we eat’. If that’s the case, the sooner we’re all growing and producing our own food, the better!