I like to keep abreast of what’s happening on the food front and it’s not easy. It changes almost daily. We’re told to eat ‘this’ because it’s good for us. Then we’re told avoid ‘that’ because it’s bad for us. Well I’m making a diagnoses of my own here… this ongoing debate and conflicting advice is a health hazard… and is a major cause of confusion and headaches.
Butter’s been on the health advisors’ hit list for 30+ years so we all dutifully cooked with oil and turned to low fat spreads. We were assured that because butter was high in saturated fats, it would clog our arteries, make us fat and ultimately kill us. Lard was, literally, a four-letter word. Vegetable oils were the way forward.

Well, surprise, surprise.. today’s line is that vegetable oil is bad for us and butter isn’t the bogey man we thought it was, after all. Vegetable oils such as sunflower and rape seed are now being linked to cancer, dementia and heart disease. Thankfully, olive oil appears to be the only one to emerge with its reputation and benefits intact.

This blog by US nutrition researcher Kris Gunnars explains the problem. The video clip showing the production of ‘canola’ oil (a variety of rape) was an eye-opener. I agree that it would be enough to put anyone off consuming it, but I suspect the production of thousands of food products would be equally disturbing if we did but know about them.

Concerns about vegetable-based spreads are nothing new. I’ve blogged about them myself, and personally, I wouldn’t touch them with barge pole. But do you know what really irks me about all this dietary advice? It’s that nobody will actually commit themselves. Every piece of advice is peppered with cop-out clauses. 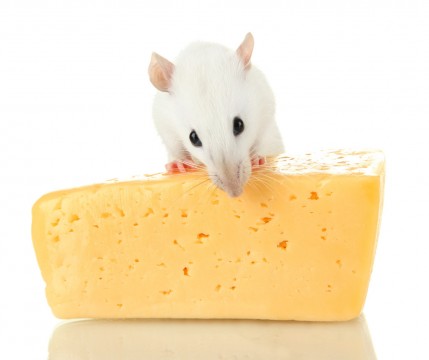 In a recent BBC radio interview, Dr Aseem Malhotra, an NHS cardiologist who is an advisor to the National Obesity Forum, tells us that ‘we shouldn’t fear fats. Fats are our friends’. Dr Malhotra is a classic example. Listen carefully to his interview on You and Yours and you’ll see what I mean. He says the cardio vascular effects of butter are ‘probably neutral’. And if an expert of his standing says he’s not saying it’s good for you and he’s not saying it’s bad for you what exactly is he saying?

Dr Malhotra mentioned an extensive research project at Cambridge University which suggests eating full fat dairy, in particular cheese & yoghurt, reduces risk of type 2 diabetes and heart disease. Is this proven? I’m blessed if I know. He used the words ‘very strong association’, so your guess is as good as mine.

If these experts believe what they’re telling us and want us to change our eating habits (yet again), they need to show some conviction.

Now I love butter and in fact, if there was a bring-back-real-butter campaign I’d be queuing up to get my placard. I’m not disputing this latest research either. There have been huge advances in research over the years and findings are bound to change as our knowledge and understand grows. But the problem is that us ordinary mortals can’t help but be confused by all the conflicting advice.

Butter wasn’t bad for us years ago because we didn’t consume great slabs of it. It was expensive and our parents and grandparents used it sparingly.

Now all those experts who sit on the wall with their half-baked weasel words need to put their money where their mouth is and give us some hard facts. Until all the authorities and experts are singing from the same song sheet, I’m going to stand by my earlier advice and say the only cure for this particular headache is moderation and a well-balanced diet.