You know when you get that warm, fuzzy feeling inside? When the bad boys suddenly do something good for a change? Well, that happened to me just before Easter. I had almost forgiven Tesco for some of its past transgressions when the news broke about its fictional farms.

Let me explain… The announcement about Tesco donating 55+ tonnes of left-over food to charities and good causes almost fooled me. Note the word ‘almost’. Being my usual supermarket sceptical self, I will admit to wondering if it was more about jumping on the bandwagon than corporate conscience.

But I took myself to task and decided if that waste food was going to provide 70 million meals a year and feed the hungry, I’d take it as a positive. I quashed my doubts and buttoned my lip. And yes, I had actually started to write something nice about Tesco.

Shocked? So was I. But don’t worry… it didn’t last long. In next to no time, the mighty supermarket giant was in the news again. It had been caught out spinning the unsuspecting public a whopping great pack of porkies! 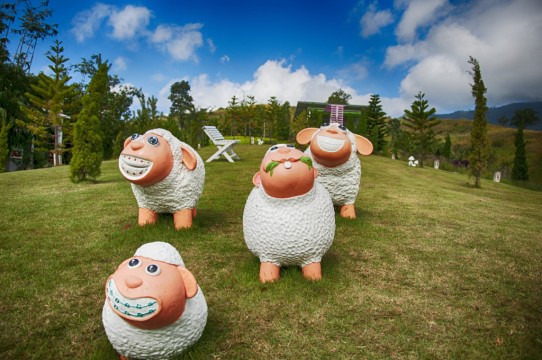 In case you missed it, Tesco branded 76 products of its fresh food range as coming from fictional farms, creating a false provenance. The farms don’t exist. And, even worse, many of the products are imported and Tesco is misrepresenting them by branding them with British-sounding names.

Tesco’s meaningless excuse? “We’ve named the brands after farms to represent the quality specifications that go into every product across the range.”

In other words they know provenance has become increasingly important to the British consumers and they’re trying to pull a fast one to increase lagging sales. In my opinion, this makes a total mockery of food chain traceability and the whole issue of provenance. Tesco has invented seven different farms. Strawberries from Morocco are branded as coming from Rosedene Farm. Where exactly in Morocco will you find a Rosedene Farm?

As a specialist food marketing consultant, this sickened me. So did the comments from the so-called marketing experts quoted in the BBC article. How can any ethical professional condone lying and cheating as a means of marketing?

Professor David Hughes from Imperial College in London said: “I don’t think it is particularly insidious.” Don’t you Professor? Are these the standards you’re passing on to our new generation of marketers. I think it’s a disgrace.

According to the BBC, marketer Phil Dorrell from Retail Remedy said: “I think they are being fairly upfront and honest that these are Tesco own-brands.” Really? Clearly, Mr Dorrell’s view of honesty is poles apart from mine.

Imagine you were looking for a food marketing consultant. If I came to you and told you a pack of lies about fictitious clients, would you engage my services? Of course, you wouldn’t. You’d think I was dishonest and unethical. Who wants to buy products or services from someone like that?

Leopards can’t change their spots. Nor it seems, can Tesco. So I’ve learnt my lesson here. From now on, I’ll listen to my instincts.

Yes, I’m pleased Tesco has finally seen the light and is going to stop wasting obscene amounts of food each year. But this is not about social conscience. It’s a bandwagon they had no choice but to jump on. They were shamed into it.

Let’s face it, a company which knowingly deceives its customers has no social conscience whatsoever.