If you’re feeling unwell, it’s tempting to head straight to the pharmacy for an expensive panacea. But did you know you have two potent natural remedies at home in your kitchen cupboard? If you thought coconut oil and turmeric were just for making curry, think again! 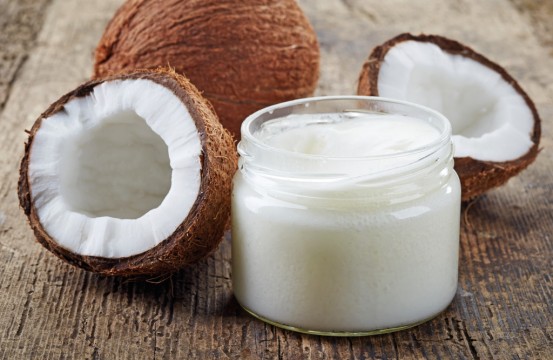 Coconut oil is one of nature’s greats. When it comes to the kitchen, it’s got a high flash point so it’s perfect for stir fries and cooking. It’s also a great alternative to butter if you’re baking. And we mustn’t forget the delicious flavour it adds to curry, of course. In our house, Mr Nina & Co. is rather partial to it spread on toast for a healthy breakfast.

But if you’re just using that coconut oil for culinary purposes, you’re missing out. In fact, it’s one of the most flexible of nature’s ingredients. Did you know you can use coconut oil to make your own deodorant, or sooth a baby’s sore bum if it gets nappy rash? How about making your own laundry soap? Or using it to clean your teeth?

But while it has all sorts of applications, it’s the health benefits of coconut oil that are, for me, the most important. In the USF Health Byrd Alzheimer’s Institute in Florida, clinical trials are underway to measure the effect of coconut oil on Alzheimer’s sufferers.

When our bodies convert fat into energy, ‘ketone bodies’ are produced. A main source of ketone bodies are medium-chain triglycerides (MCT). Coconut oil is high in MCTs, containing about 66%. They literally ‘feed’ the brain. It is believed that MCTs can prevent brain degeneration and actually repair neuron and nerve function even after damage has started.

The Alzheimer’s trials in Florida were prompted by US neonatologist Dr. Mary Newport. Dr Newport’s husband (aged 58) had been diagnosed as having Alzheimer’s. She was looking for a way to halt the progress of the disease and heard about research into coconut oil. To cut a long story short, Dr Newport started giving her husband four teaspoons of coconut oil each day and very quickly noted a change in his cognitive behaviour.

This is just one of the countless benefits of coconut oil. It can also support our thyroid function, it has anti-inflammatory properties and boosts hormone production. 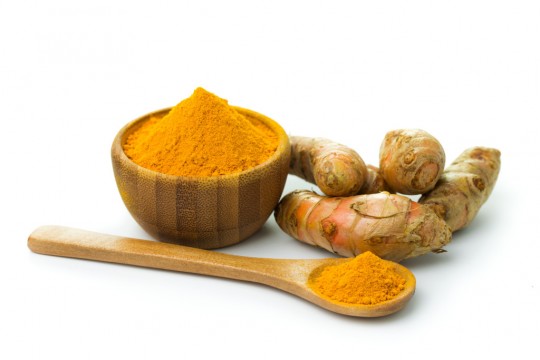 If you’ve got coconut oil lurking in your larder, there’s a good chance you’ll have a supply of turmeric too. As wells as having a wonderful flavour and being a natural colouring agent, turmeric’s most active component is Curcumin, which is an anti-inflammatory and anti-oxidant.

Turmeric is proven to reduce the risk of heart attacks and strokes, and provides relief to people suffering with joint pain and arthritis. While it has huge benefits on its own, recent research has shown by adding a small amount of freshly ground black pepper turmeric becomes 1000 times more digestible and therefore more effective!

But before you dash off to your local health food store to invest in a proprietary supplement, check out this blog and find out how you can make your own turmeric tablets.

Far be it for me to suggest that if you have health problems you shouldn’t seek medical advice, but I do firmly believe there is a lot we can do to take care of our health… naturally. In the meantime, I’m off to rummage in the larder and see what other tasty health-giving gems I can find.

If you want to learn more about the benefits of coconut oil and turmeric there are numerous great books available. Here are two of our favourites; enjoy!

Footnote: Sadly, Dr Mary Newport’s husband, Steve, died in January 2016 aged 65. He had asked for his brain to be donated to the Florida Brain Bank to aid research into Alzheimer’s disease and other dementia-related conditions.