If you were a student in the 70s or 80s, no doubt the phrase Students’ Union makes you think of beer… gigs… cheap beer… Rag Week and perhaps even more beer.

In that era, around 50% or more of a student’s money was spent on alcohol as they whiled away their time in the Students’ Union bar. With students being a good risk and their future pretty much guaranteed, the banks were keen to lend, grants were readily available and fees were non-existent. You could say student life was a round of beer and skittles (but probably more beer than skittles).

The National Union of Students, to use its proper name, has actually been around since 1922 and today represents more than 7 million students. It deserves a great deal more recognition than just pouring a good pint.

For example, in 1973 the NUS was responsible for annual grant reviews. In 1976, it got student fees abolished (oh good – more beer money) and in 1977 it negotiated with the banks to get students cheque cards and free banking.

But the average student of the day is much more likely to remember its cheap drinks promotions… Skol, cider, snakebites and Hofmeister were all popular tipples at the time. Did you Follow the Bear? I have to confess, I did!) 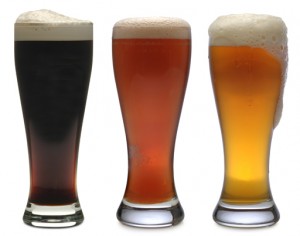 What about food in the hay day of student life? What would you have eaten as a 70s or 80s student? No doubt you would have been a regular at the college canteen or refectory. Burger or kebab vans would have been another popular haunt, as would the local Indian and Chinese restaurants or takeaways. The first McDonalds opened in London in 1974, which would have been a rare treat for the City students too. And if all else failed, you could sustain life with the odd Pot Noodle as you waited for Mum’s food parcel to arrive.

But even in the 80s, attitudes to food were changing. The adventurous student would cook at home, serving the posh nosh of the day – lasagne and garlic bread, what else?

While students in the 80s were just getting into the food scene, today’s savvy youngsters have embraced it. They are cash rich thanks to the student loans, but they’re discerning with it. Today’s student is looking for quality and demanding value for money.

Good “branded” Fairtrade coffee is the norm for our ethic-conscious students and of course student bars and clubs must compete in terms of design and what’s on offer with the very best on the high street.

But what of the NUS today? You might be surprised to hear that the Students’ Union not only campaigns on behalf of student rights, supports student welfare and continues to drive financial savings for students, it’s also a massive champion of the ‘green’ movement.

Students are encouraged to be energy-efficient and environmentally aware. Excess packaging is a no-no, and across the country you’ll find students recycling, re-using and composting with the best of them. Healthy eating is now on their agenda, they’re embracing locally sourced food, reducing carbon footprint and food miles and taking care of our fragile environment.

But most importantly, the NUS isn’t just encouraging students to go green, it’s putting its money where its mouth is and leading the way. Prospective Students’ Union suppliers have to prove their green credentials and take an ethical stance on things like animal welfare and environmental impact. All this adds up to ensuring a sustainable supply chain is in place. 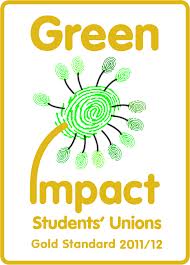 Because of the National Union of Students’ commitment to its social responsibilities, the young people attending our colleges and universities are following their lead and becoming much more environmentally aware than ever before.

Being a student today isn’t beer and skittles at all. They have an uncertain future ahead. One where climate change is causing extreme weather events. One where food security is a significant risk. And one where they will start their working life up to their ears in debt.

Our students are working hard to change the future, and with the help and support of the NUS, I happen to think it’s in safe hands.