When Nina first asked me to write a blog on my Student Trend Report findings, I didn’t really know where to begin. I think the most interesting fact about this blog is who is writing it, a student. But a student who during his time at university (I’m currently still ‘studying’); lost the use of our students’ union after my first year because they demolished the old building and are about to rebuild it!

The union, as its often referred, was a student’s place. You may see the odd lecturer/someone of more importance pass through or buying a coffee at the franchised coffee shop at the back, but largely, it was a students’ haven.

Cheap drinks and cheap food (usually the morning after the night before), but the emphasis on that word cheap. From my point of view and general conversations, that was one of the key words thrown about whenever the union was brought up. I must confess that post-fresher’s I didn’t venture out too often on a Saturday night (this being the designated union night) more often than not; this was due to the hangover from the previous night! But I started using it more towards the end of the year and instantly wish I had used it a lot more than I had.

Get in before 10:30 and it was free. Money saved. Result. Get a pint of snakebite for £1.50 (it was often rounds of 3 or 4 to save constantly queuing). Take a seat, play some drinking game of some sort, and before you know it, the drinks in front of you have been consumed, the spirits are out, and the shots aren’t far behind… and the night is, as they say, history. I even remember when visiting friends it was the same. ‘Where we going tonight?’ ‘The union’ they’d say. It was a no brainer. 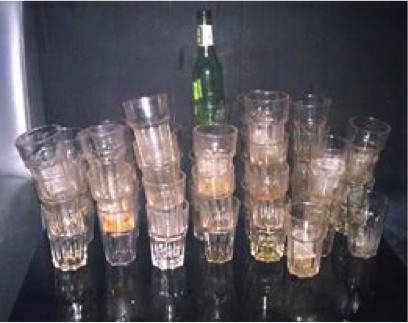 The morning after the night before…

When our union was closed, all everyone would say was ‘I can’t wait to have the union back’ or ‘I can’t wait to come back for the new union’ for those that would have graduated. Saturday nights weren’t what they used to be, trust me; I work in the club where the SU night ‘Climax’ has been moved to. Don’t get me wrong, everyone loved an Ocean Wednesday, but now the new Saturdays just don’t excite people like they use to.

Reading that the services offered by a students’ union are on the decline and that fewer people are generally attending did surprise me somewhat. Then again, I suppose it is contextual. Traditional university campuses, where they are miles away from everything and the union is on site and within walking distance and stumbling distance afterwards, I would have expected to be doing exceptionally well, but apparently not.

The fact that the nightclub remains the most expensive student expenditure with regards to SU’s services wasn’t a surprise; it is the only event to charge for admission. But the fact that it is the only service to see a decline in the average spend did somewhat. The union night is traditionally the one to go to. They hold so much appeal based on being ‘cheap’ that you’d assume students are more likely to go there as opposed to local bars and clubs, but not so.

The importance of coffee and more relaxed social areas were also a surprise to me. Who wants coffee? Coffee doesn’t give you the confidence or that intoxicated feeling to dance like an idiot without a care in the world! Times and people are changing. The café culture is firmly here to stay and unions certainly need to make sure they embrace it in their offers!

Students’ union clearly still have an appeal, as those spending money within their unions are, on the whole, spending more. They obviously have strong customer loyalty but need to adapt and have greater flexibility. Perhaps it’s time for unions to rethink their strategy? I’m not saying you have to stop the party nights and still have great deals on alcohol (my friends would kill me if they thought I was advising them to do this!) What I am saying is perhaps now is the time to look at your offer and possibly redevelop your concepts, to embrace your changing customer demographic. And this is where the wonderful Nina Bentley comes into play. 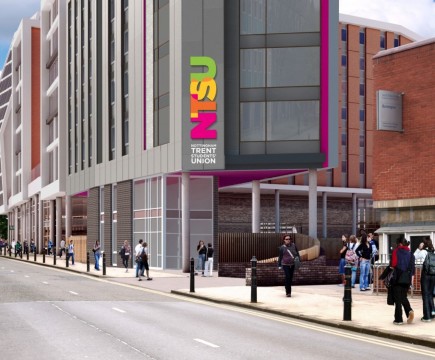 I unfortunately only had 6 weeks to work with Nina, but it soon became clear she isn’t small time. This was highlighted with a meeting with potential new clients looking to break into the student union market. Through the grape vine Nina’s name had been mentioned not just once but continually. She’s a walking students’ union expert.

Students’ unions need to start looking at the environment in which they operate and decide which is the best course of action for them. Marketing to ‘students’ isn’t as simple as it used to be, we no longer only want the cheapest drink going without a care in the world. We’ve become a slightly more complex creature.

Nina’s experience and knowledge can be a vital asset when doing this. And I for one can’t wait to walk into my new students’ union this September and see all of her work first hand. I might even be tempted (if you twist my arm) to have a pint or three in the new bars with my friends! ☺

If you would like a free copy of our Student Trend Report or you would like to meet up with Nina for a coffee and discuss the challenges your students’ union is currently facing, then email Nina at nina@ninanco.com