The worldwide fat tax debate has been raging for some time, and having watched from the sidelines for a while, I couldn’t resist adding my twopenn’orth any longer.

It’s a very serious subject, but I will confess to having a secret snigger about fat tax being a type of Pigovian tax, but perhaps that’s my rather irreverent and not-very politically correct sense of humour at work.

Obesity has reached epidemic proportions in the UK and I wholeheartedly agree that something has to be done to combat it. The list of health problems related to obesity include the obvious risk of heart disease and diabetes. As well as the health implications, the cost of treating obesity is putting huge pressure on the struggling NHS.

But is a fat tax the answer? I’m not convinced it is.

Denmark was the first country to implement the fat tax, adding 9% to the price of foodstuffs containing more than 2.3% saturated fat. After a year, the Danish fat tax law was repealed and plans to tax sugary foods were abandoned.

Although the tax contributed some $216 million to the Danish coffers, it was blamed for putting jobs at risk and its administration increased business costs. It also encouraged the canny Danes to pop over the border for their weekly shop, so nobody actually knows if it worked or not!

Of course Denmark isn’t the only place trying to fight the fat and flab. In March, the ban on large, sugary drinks proposed by the Mayor of New York was overturned by the courts the very day before it was due to take effect. 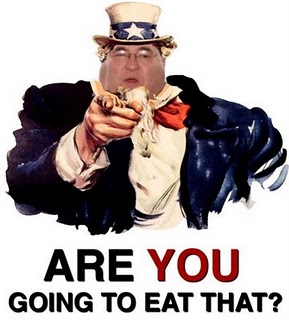 Hungary’s ‘hamburger tax’ (strangely, it doesn’t include hamburgers) is targeting a wide range of junk food products containing large quantities of sugar, salt, caffeine or carbohydrates, despite the Hungarians being way down the obesity league table in 87th position.

So what are the issues surrounding a fat tax? And will it actually do any good?

Firstly, what food stuffs will be taxed? In Denmark, butter, dairy products and meat were included because they’re naturally high in fats. But children need fat in their diet to help their brains and nervous systems develop. Could a fat tax lead to malnutrition in children, particularly those from lower income families who simply won’t be able to afford the essential foods their children need?

Not all foods falling into this category are harmful. Oily fish, for example, could qualify for a fat tax, but it’s one of our super-foods that should be encouraged, not penalised.

While taxing convenience and other junk foods might be seen to do some good, we’ve got to remember there are a lot of people out there who don’t actually know how to cook anything else. According to an article published by the British Medical Journal, fat taxes should be accompanied by subsidised fruit and vegetables. That gets my vote, but it’s just not enough. You can subsidise healthy food as much as you like, but until people know how to cook it, and develop a taste for it, we’ll be doing nothing more than paying lip service to the problem.

Let’s start by making sure all the food served in our hospitals and schools is wholesome and healthy, and governed by nutrition – not budgets. Then, by all means wallop tax on non-essential junk food, ban the ‘maxing’ of take-away fast foods, and restrict how and where companies can advertise. It worked for tobacco, didn’t it?

But those measures must go hand in hand with education. Obesity isn’t a problem that can be solved overnight. Cookery and nutrition must become a compulsory subject in schools for both boys and girls. And I’m not just saying that because I’m an ex Home Economics teacher either! 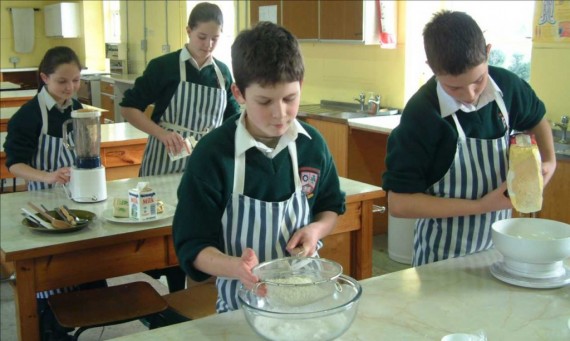 Thinking back to those days, we used to teach everyone from year 7 (or 1st years as we called them back then) upwards, how to make nutritious healthy meals, such as casseroles, pasta dishes, wholemeal bread, vegetables, vegetarian dishes and fruit puddings, all made from scratch. Cookery was a compulsory subject for everyone aged 11 – 13 (2 doubles and one single lesson per fortnight for 3 years), so the practical combined with a thorough knowledge of food and nutrition, gave this whole generation a solid grounding on diet and healthy eating.

Unfortunately this all stopped in 1988 with the introduction of the National Curriculum. By 1990 Home Economics had morphed into Food Technology and instead of learning about nutrition, food and its preparation, students instead studied how to design food packaging on their 3 week FT module once a year! To rectify this, how about organising some free cookery classes for all those people who were never taught how to boil an egg? Who knows, finding out that cooking and eating healthily is enjoyable might just be the carrot against the tax man’s stick.