I’m sorry about my juvenile tantrum, but this recent news has got me stamping my tinies. Perhaps some culture would help me redeem myself? Thanks to Sir Walter Scott for this one… “Oh! What a tangled web we weave, when first we practice to deceive“.

Wondering what we’re talking about? Supermarkets blatantly deceiving the public again. What else?

Now, I have come to expect the worst from Tesco (my bête noire). Recently, Waitrose has been caught with their trousers down too. They’ve proved themselves to have as much disregard for ethical trading as any other supermarket. So if you’re a Waitrose shopper believing it to be a cut above the rest, I imagine you’ll be feeling a tad disappointed.

Of course, this is nothing new. The supermarkets have been cheating and lying to us for years. Cast your mind back a few years and you’ll remember the exposure of the supermarkets’ in-store bakeries. The Daily Mail cleverly described them as ‘tanning salons for bread’. Home-made loaves? Not a chance. They’re no more than part-baked and browned off… a lot like their customers were when they found out.

So let’s point the Nina & Co finger at Waitrose. Their so-called ‘British Lamb Hotpot’ ready meals are made from New Zealand lamb. When this was exposed last year, Waitrose was quick to slap a sticky label on the packs saying ‘New Zealand lamb’ in an attempt to redeem themselves. The Waitrose champions might be thinking ‘good for them… they’ve done the decent thing’. Or have they? Actually they haven’t! 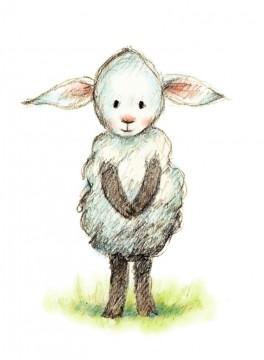 Waitrose has previous for misleading its customers. In April 16, they were selling New Zealand lamb branded with their organic “Duchy” when there was no UK lamb available. They didn’t get away with it then either.

I’m sure Waitrose advertises its ‘British’ ready meals and its ‘Duchy’ brand’. So where’s the ASA (Advertising Standards Authority) in all this? Why are they twiddling their thumbs while the unsuspecting public is being taken for a ride? I can only surmise that it’s easier for them to take small businesses to court for making genuine mistakes than it is to challenge the might of the John Lewis Partnership.

You’re probably wondering what have our friends at Tesco been up to NOW? In the news this week, an undercover reporter from the BBC’s ‘Inside Out’ programme revealed Tesco is conning its customers by leaving out-dated special offer signage on the shelves. So when you, the unsuspecting customer, comes along and thinks you’re grabbing a bargain, you’re charged full price at the till.

Of the 50 Tesco stores visited, 33 had out-of-date promotional prices still on the shelves. One store, having had this pointed out to them, still hadn’t changed it a month later! In the article, a representative from the Chartered Trading Standards Institute said these mistakes could be breaking the law. If that’s the case, why the hell aren’t they being prosecuted?

I admit to being a bit baffled by this ‘could be breaking the law’ bit. I’m no legal eagle, I’m a food marketer, but as all marketing is bound by legislation, I do have a smattering of knowledge. Could it be that Tesco is able to shrug these price scams off quite legally under the guise of an ‘Invitation to Treat’?

If you haven’t come across this term before, ‘Invitation to Treat’ isn’t part of the buying and selling ‘contract’. It doesn’t matter what price is shown on the shelves. The shop isn’t legally obliged to sell you the goods at the price shown on the shelves or advertising signs. These prices are there to invite you to make an offer to buy. Nothing more.

I’ll elaborate. By law, a ‘contract’ has three elements.

So is this a deliberate attempt by Tesco to cheat its customers? Is it a staffing issue resulting from demotivated, undertrained (and presumably underpaid)staff? While it may or may not be legal, it certainly is immoral and unethical. But as you already know, morals, ethics and Tesco don’t make good bedfellows.

Of course, there might be a more simple explanation. Perhaps, as a member of staff in the BBC article said, it’s because the stores are now under-staffed.

And that will only get worse the whole time more self-service tills are being introduced. But that’s another story and another battle… for another day. Watch this space.