So this is democracy, is it? The public (the voting public I might add) are against it. The local authorities are against it. It is endangering the very foundations of our country. It’s damaging the environment. But the Government has steamrollered it through against public opinion and scientific evidence. What am I talking about? Fracking, that’s what. Is this what our fathers and grandfathers fought for during the war? If we’d wanted a dictatorship, we might just as well have let good old Adolf have his way with us back in the 1940s.

Let’s start with the basics. In simple terms, fracking (hydraulic fracturing) is the name given to the practice of drilling into the land and pumping in, at high pressure, a mixture of water, sand and chemicals. This fractures the rock underground, releasing shale oil and shale gas.

Shale oil and gas are fossil fuels. They are not sustainable and their production goes against the UK’s commitment to the Paris Climate Change agreement. Instead of reducing the effects of climate change and global warming, it adds to it.

In 2016, an independent government report stated that fracking was incompatible with the UK’s climate change targets. A report from Germany’s Institute for Advanced Sustainability Studies says fracking creates a third more CO2 emissions than conventional gas production. Then add on another third if that shale gas is used to generate electricity!

While this blog is no place for party politics, this report from the Labour Party on the Air Quality News website is fracking scary! It says the CO2 emissions from fracking is the equivalent of 300 million cars. So what happened to all the climate change targets then? Are they to be sacrificed on the altar of big business and profit?

As well as being a unsustainable source of fuel, fracking carries huge environmental risks. And these risks become reality whenever contractors, Cuadrilla, frack at the Preston New Road (near Blackpool) Lancashire site. 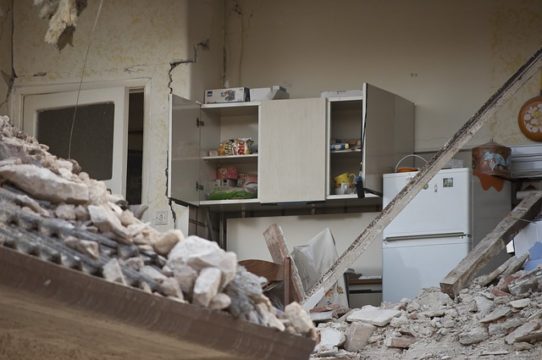 Now I’m no scientist, but I’d say it stands to reason that if something is fractured, it becomes unstable. For pity’s sake, we only have one planet. What sort of moronic idiots would want to go and deliberately start smashing it up?

Think about it logically. If your chair has a cracked leg and you go and sit on it, what’s going to happen? You’re going end up on the floor on your a***! Try standing on a fractured leg. Same result. And that’s what fracking is doing right here in the UK! With the Government’s blessing. Well, while the government can fall on its backside as much as it likes, these are our lives, our homes and our country they are endangering – needlessly.

And as if causing earthquakes wasn’t enough, what about the potential for other environment damage? 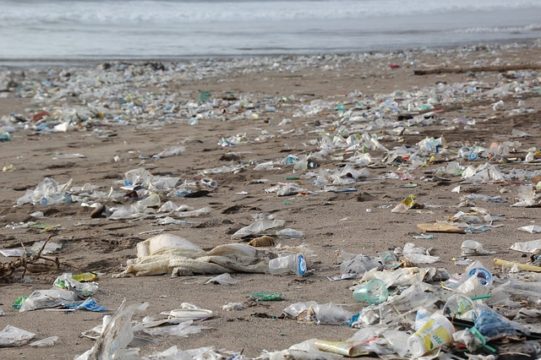 This is a really good one. Brace yourself. You know how we’ve all been trying to reduce our plastic consumption? How we’re all using our own shopping bags and shunning plastic packaging trying to do our bit to save the planet? How we’ve been thinking we can make a difference? Forget it.

This excerpt from BBC War on Plastic with Hugh Fearnley Whittingstall is an eye-opener. Despite our efforts, plastic production has doubled since the turn of the century, from 200 million tonnes per year in 2000 to 400 million tonnes today. It’s expected to reach 800 million tonnes a year by 2040.

Want to know why? Because shale gas is used to produce plastic and it’s cheap as chips. So here we are in the UK, importing tanker after tanker of shale gas from the US, to make 1.8 million tonnes of plastic beads a year, just so we can poison the planet in the name of profit and convenience.

No wonder the Government is so pro-fracking. Why import the stuff when we can tear the UK apart and get our own source of shale gas? So let’s ramp it up lads. Let’s start with an exploration in Westminster. That will give the pro-frackers a shake up. Perhaps fracking might succeed where Guy Fawkes failed.

Coming to fracking site near you

Is this where you live?

DO YOUR BIT AND GET INVOLVED TO STOP THIS FRACKING NONSENSE – JOIN A FRACK OFF GROUP NOW!